Life can change in an instant. In just a few days, a happy life can turn upside down and dreams can be shattered. But where there is a will, there is a way.

A few years ago, Vennela was with her parents, living happily. Her father, while not properly educated himself, had big dreams for his children and was greatly invested in Vennela’s education. For most of her childhood, she was able to study in private schools in her city. But when her parents and elder brother suddenly died within a span of a few months, her life turned on a dime and everything changed.

Vennela, only nine, was left with her seven-year-old brother, but could not care for him on her own. Her elderly grandmother was not in a position to support them either. Eventually, they were placed in the care of Vennela’s aunt, who treated Vennela horribly. Vennela was treated like a maid, not given enough food, and made to do all the housework. Vennela had to stop school because her aunt refused to pay her fees and rather forced her to stay home and work.  Two years passed and Vennela was still home. She began to lose hope that she would ever go to school again and escape her situation.

One day, when Vennela was crying on the steps of a church, Sheeba, a representative of Pockets of Promise, found her. After understanding Vennela’s situation, they took pity on the girl and immediately reached out to Pockets of Promise (PoP) for help.

A couple of months later, Vennela’s life had done a complete 180. Thanks to her sponsor, Hannah, Vennela moved in with Sheeba and her family and started school again. Overjoyed to be studying again, Vennela made quick progress and put in a lot of effort into her education. In the span of three years, Vennela finished grades 7 to 10, remaining a straight-A student all the while. Currently, Vennela is in her second-year intermediate (12th-grade equivalent) after getting a full scholarship from her college. She is studying to be a lawyer, determined to help other people like her improve in their situations.

During the COVID 19 pandemic, when schooling shifted online, PoP provided Vennela with a laptop. Vennela was extremely grateful for the laptop as it allowed her to continue her education during the pandemic.

Vennela’s life had changed before when her father died and she lost her education. But through her perseverance and support from Pockets of Promise, Vennela is on the way to reclaiming her life. One day, she will surely be able to reach her goals and leave her mark on society. 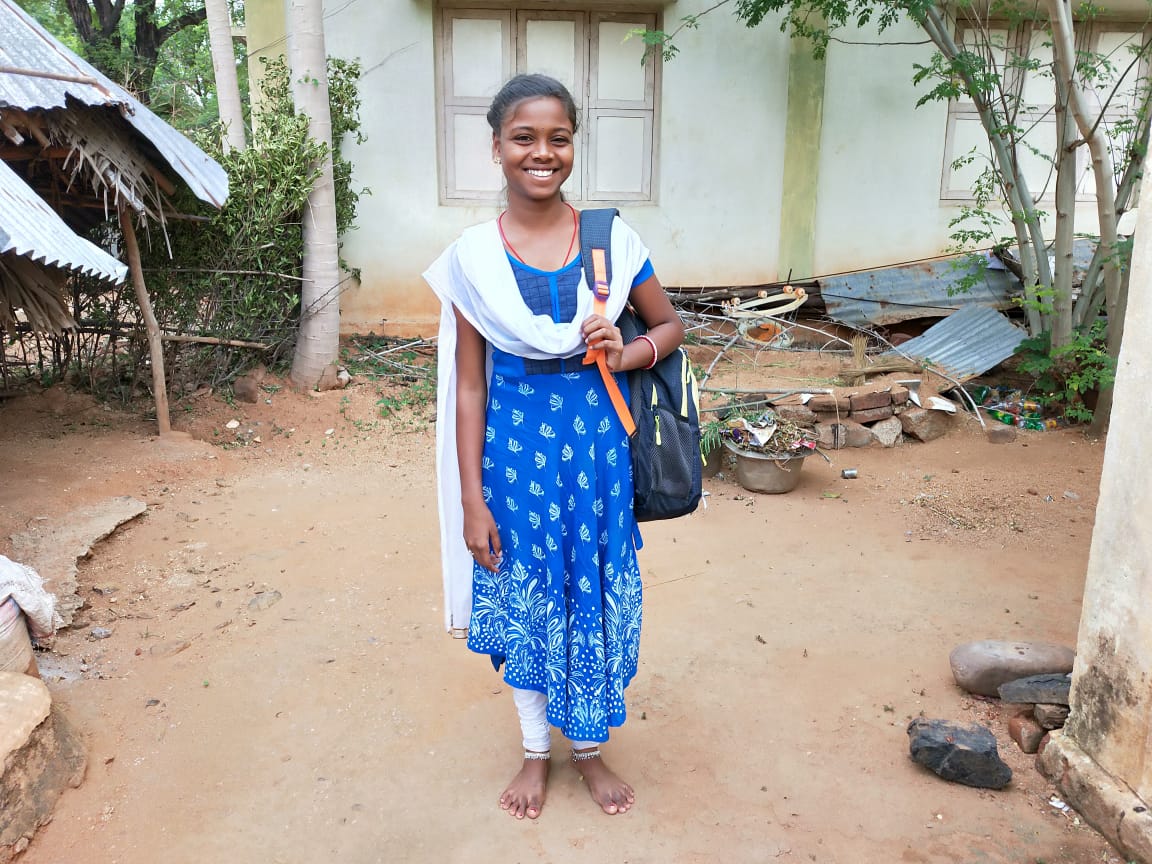 Pockets of Promise is a 501(c)(3) tax exempt social justice charitable organization dedicated to changing the lives of poor children around the world through education and proper nutrition. We are headquartered in Atlanta, GA with centers currently in Africa and Asia. All contributions designated for specific projects shall be applied to those projects. Contributions which exceed the needs of the given project will go to fund similar pressing needs.